In October of 2018 OSHA issued a statement which it called a “Clarification of OSHA’s Position on Workplace Safety Incentive Programs and Post-Incident Drug Testing”.

In that clarification OSHA makes it clear that they support properly designed safety incentive programs.  This is music to my ears and a position that is equally welcomed by national safety managers everywhere.

All Star Incentive Marketing has spent decades designing and managing such programs for clients that have large safety sensitive workforces that they desperately wish to engage with better in order for their safety message to be truly heard and understood.  Over the past 10 years in particular, many of these companies have been scared by overtly negative statements from OSHA about safety recognition/rewards programs and fear of reprisals.

For more than 30 years now, the industries that focus on employee engagement and recognition have been asking OSHA to take a closer look at the wide-ranging benefits of such programs.  This clarification is a great first step towards OSHA fully embracing the win-win scenario of more wide-spread use of properly-built solutions.

The next three parts in this series will focus on what it means to have a “properly designed” program.  The three areas I will cover are:

One final note here; OSHA’s positions on safety incentive programs and drug testing should not be connected at the hip as they currently are in OSHA’s writings.  These two things are no more connected than drug testing is to PPE, or safety training, or any other aspect of safety.  All these items are interrelated for sure but connecting them in position statements is confusing at best.  In my opinion, the two issues should be treated independently by OSHA in future comments. 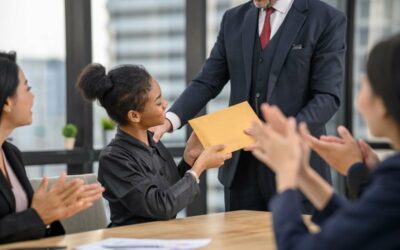